Facade Design Made of Fibreglass

For the impressive exterior architectural design of a business center in London, ACCENTform made ​​11 visually striking fibreglass facade elements. The 3D sandwich panels are not just spectacular outdoor elements of the building, but also provide eye-catching interior facade details as well.

Beforehand, a 3D shaped “mini” model was demonstrated to the customer. Then we started with the elaborate production process. True to the motto “Each segment is unique”, the technical dimensions of the various panels move between approximately 8 m² / ~ 300 kg (10 yds²/~ 661 lb) and 40 m² / ~ 2000 kg (48 yds²/ ~ 4409 lb). We created this ingenious idea, to form 11 different sized sandwich panels, utilizing production technology of the “trough design”. The respective “troughs”, which had a maximum surface of ​​45 m² (54 yds²) per panel, were destined to form outer contour of the various construction segments. 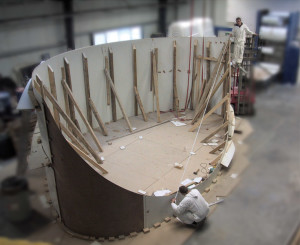 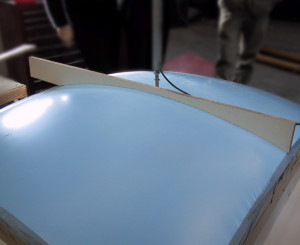 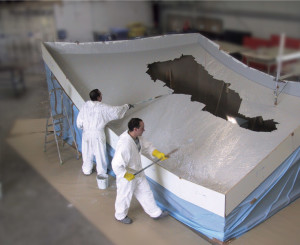 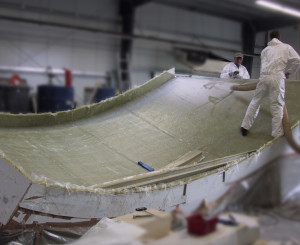 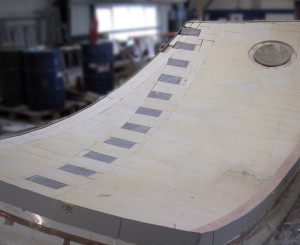 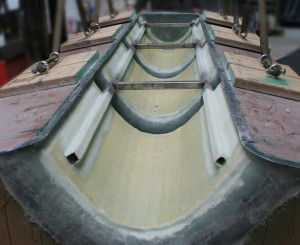 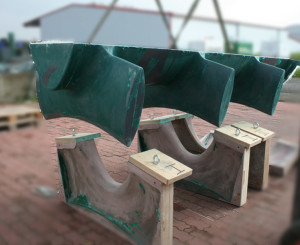 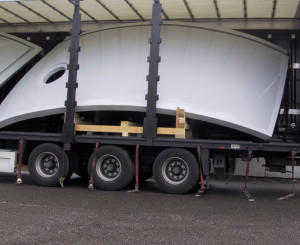 First, a pressure-fit, adapted to each size, cardboard was made; its edges were milled according to the predetermined design. A special film was drawn into the open-topped cardboard to form a recess. Then, the air in the interior of the cardboard construction was evacuated by means of a vacuum pump, so that the drawn film was shaped to the predefined measurements. Now, the gel coat was applied, as well as subsequent coating with fibreglass and with the sandwich elements. The result was a three-dimensional 200 mm (8 in) thick part with all wire channels and fastening points, already integrated into its inner structure.

From concept development to manufacturing and delivery, ACCENTform carried out all necessary work processes in this project. A main challenge in the whole production was to integrate the piercing air ducts into the panels and to provide design overlaps and glazing between the individual segments. It was important to install all ports and fixed framings at exactly predefined points in the three-dimensionally curved segments. The result is visible – from the inside out! 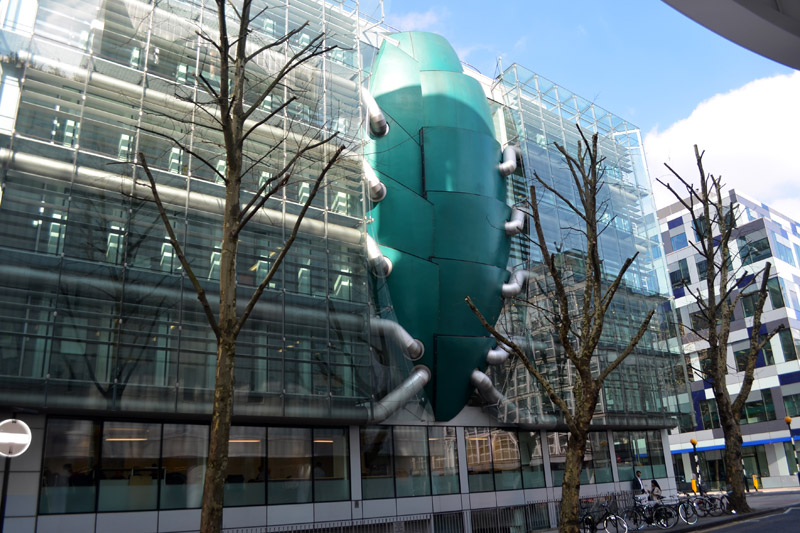