Giraffe GiGi on board!

After the great success of „Felicia Bear“ on the “Quantum of the Seas”, the new cruise liner of Royal Caribbean International, the “Anthem of the Seas”, also got a huge figure manufactured by ACCENTFORM.

The Giraffe was designed by the French Artist Jean-François Fourtou after the shipping company’s visions. ACCENTFORM worked alongside with the constructers of Martin/Martin again to make this idea become reality.

“Gigi”, how the yard workers called the giraffe, is about 9 m high and nearly 3500 kg heavy. The filigree figure obtains the necessary stability from the combination of a weatherproof carbonfibre-cladding and a steel-skeleton made from special marine-suited stainless steel.

The major challenge of this project was the extremely short processing time. There were only eight weeks remaining to perform prodigies!
The initial step at ACCENTFORM was to mill a specific production mould from Styrofoam by the use of CNC-technology. In the meantime the welding shop STAMA was busy producing the steel skeleton, exclusively made from seawater-resistant premium steel. 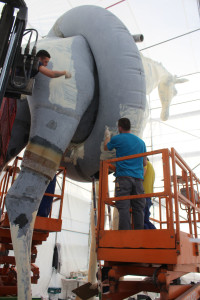 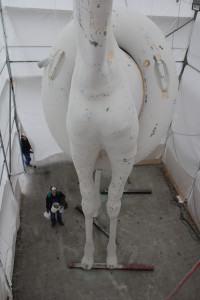 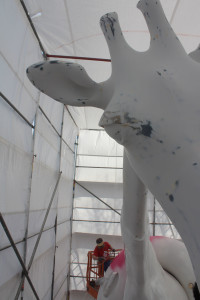 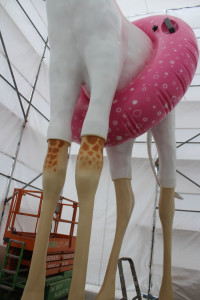 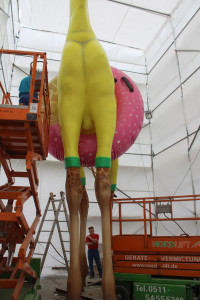 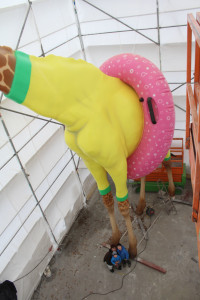 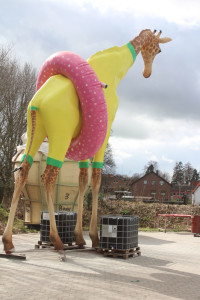 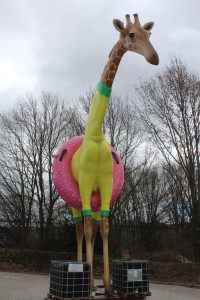 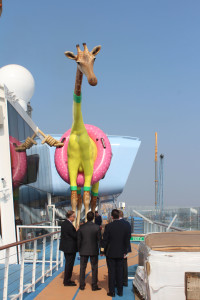 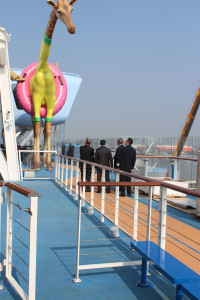 The production moulds were used for a carbonfibre-laminate which was done by hand. Many pieces of different sizes were build this way and finally assembled around the steel frame construction. Some wooden stiffener plates discharge the wind loads from the cladding onto the steel. This construction mainly consists of steel tubes with a diameter of 140 mm and a wall-thickness of 12 mm and has a weight of 2000 kg.
The skeleton is an essential accessory because of the characteristic frequency of the ship. It prevents the figure from swaying.

For the perfect finishing touch a 10m high scaffolding had to be build, where the refining, filling and paintwork could take place. The colours for the paintwork where again produced by Rupf & Co, as they have stood the test of time on the bear figure.
A special Airbrush-Artist with long-term experience in colouration of large-sized animals was specifically taken on for the paintwork.

After all the production steps were done and the giraffe was finally coloured as Jean-François Fourtou imagined, she was laid down on a flat truck and transported to Bremerhaven. Therefor an accompanied transport and some road blockages were necessary.

The lifting at the harbour and the assembling on the ship went very well with all the help from the workers of the Meyer Werft. So in the end ACCENTFORM produced Gigi at a record time and made it possible that the ship arrives at his baptism in Southampton with his figurehead. 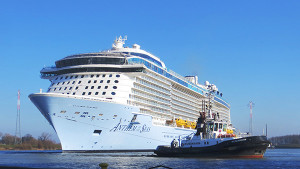 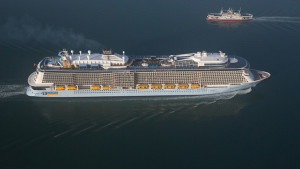 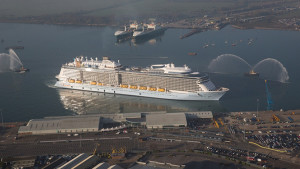