For the promotional tour “Chocco’lissimo” ACCENTform made ​​a 2m (6 ½ feet) wide, electrically driven globe, including stalls, showcases, and multimedia displays.

To reflect the theme of “Chocco’lissimo”, the displays were produced in the form of a chocolate bar and laminated with a realistic printed lacquer film. The elegant displayfeet were coated in gold metallic, to complete the classy appearance of the displays.

The hand-made fibreglass globe, using the lay-up method, was finished with a lively airbrush painting. Then the colored continents were covered with Ritter Sport Minis. 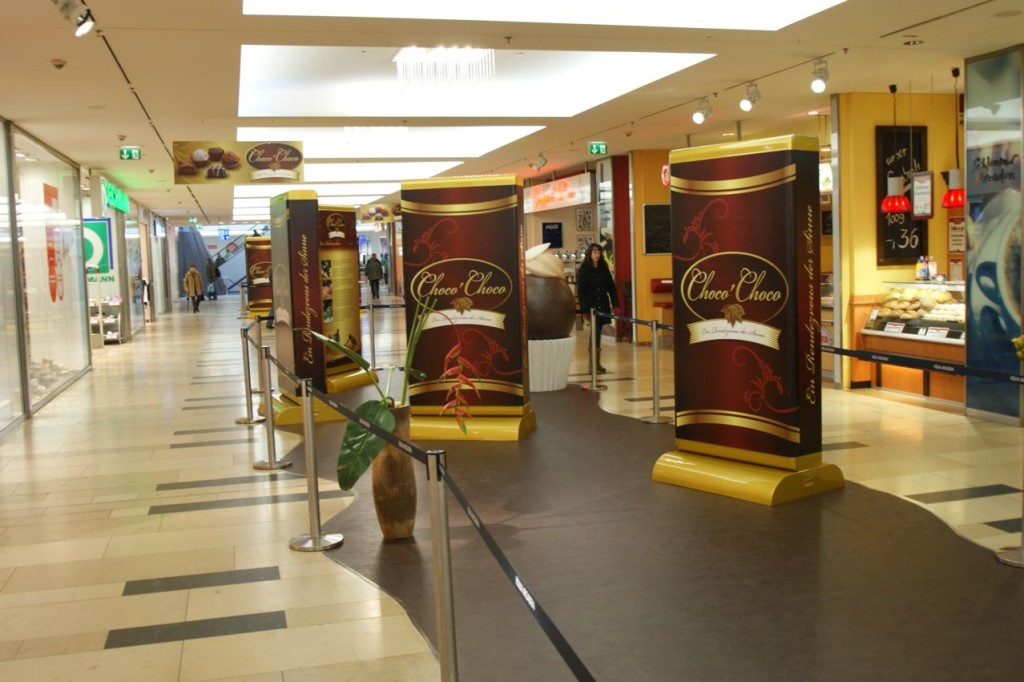 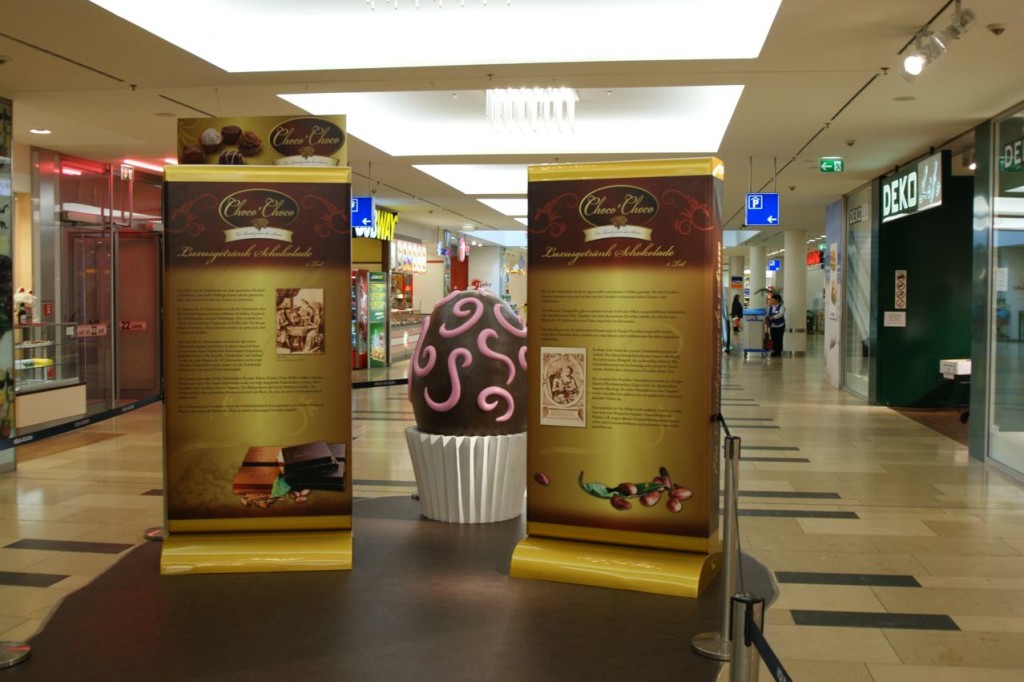 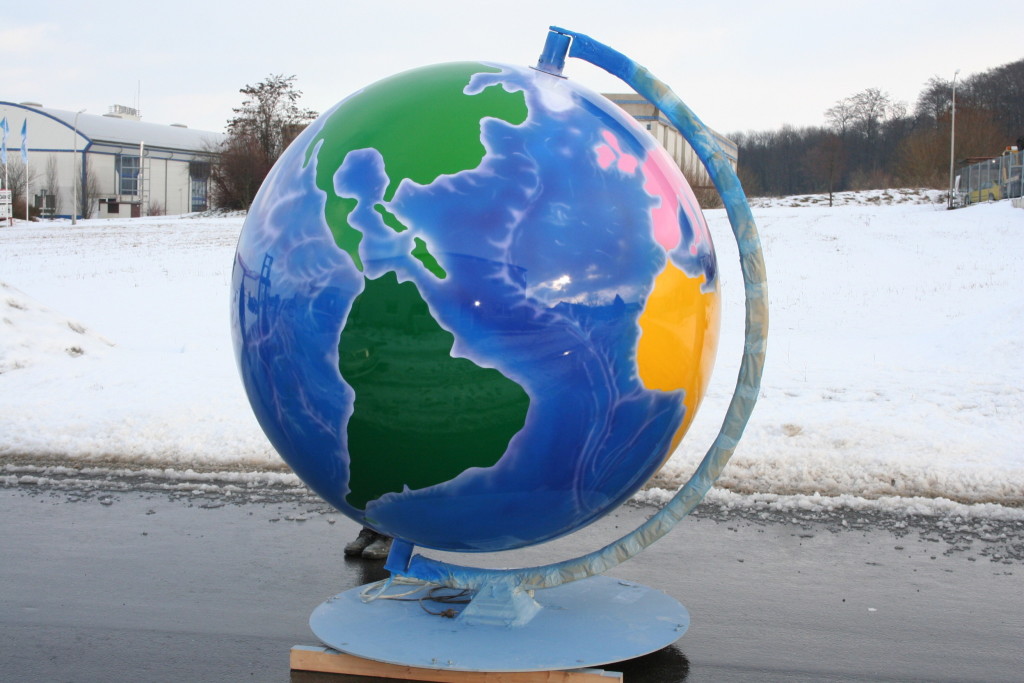 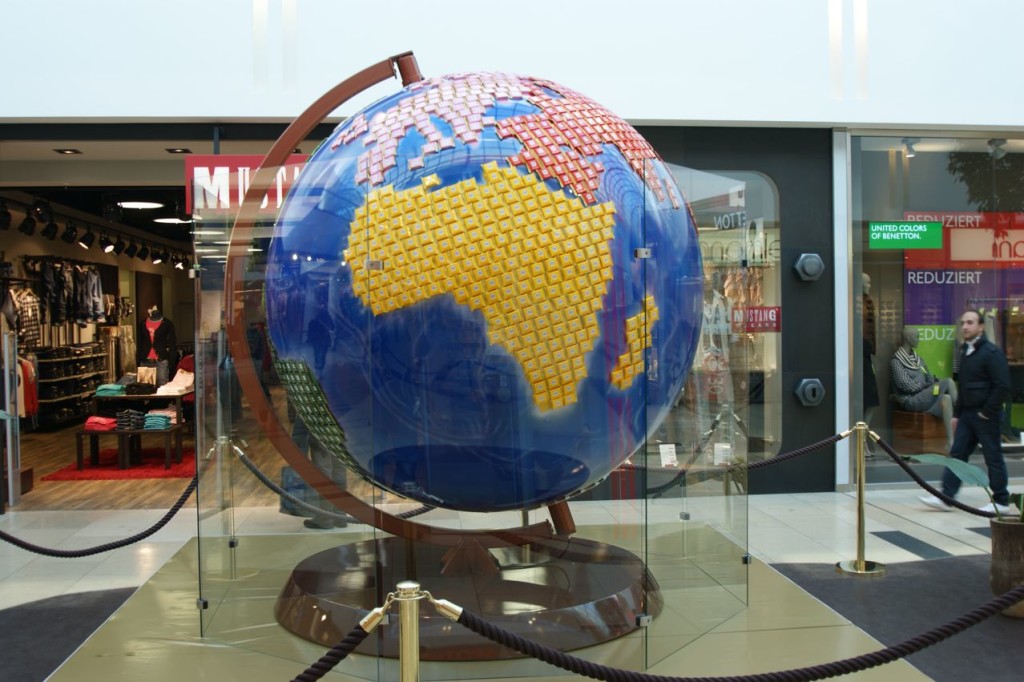