At the end of 2017, the new streaming series “Jean-Claude Van Johnson” started exclusively on AMAZON. For the worldwide film premiere on 12.12.2017 in Paris, we were commissioned by the event agency GRAL to create an oversized sculpture. The statue is to represent the famous action hero Jean Claude van Damme, who plays himself in the JCVJ series.

Part of the order was two columns including pedestal under the feet of the monumental figure. The columns were made of styrofoam and the pedestals were made of wooden panels and finished with marble look.

We first roughly milled the 2.7 m wide figure from Styrofoam. All details, such as facial features and muscle parts were modeled manually by the artist Waldemar Neumann according to photo templates. The Styrofoam surface was then given texture and gold patina. Our sculpture literally went down well in Paris, cut a fine figure next to the action hero at the premiere and even made it into the “Bild” newspaper. 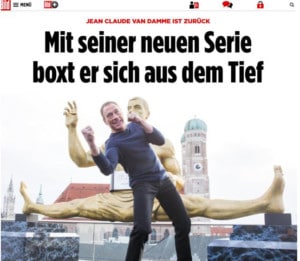 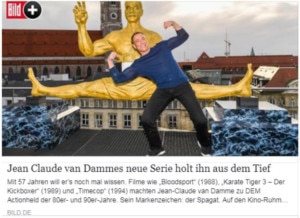 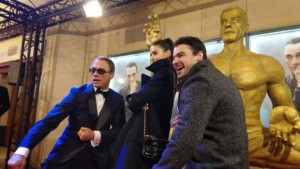 Copyright: 2017, Amazon.com and its affiliates 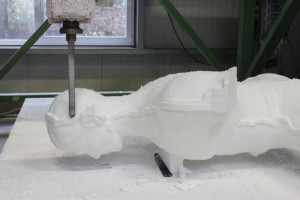 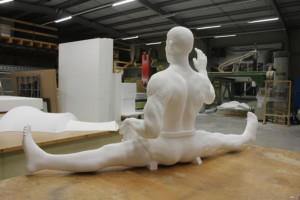 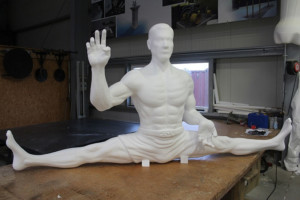 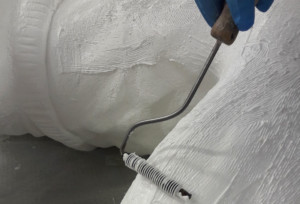 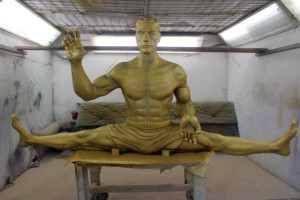 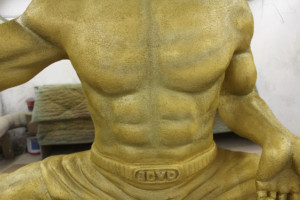 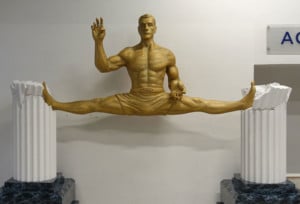 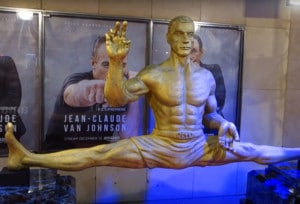