In cooperation with the Labros Engineering / Berlin company, ACCENTform developed for Kraftwerk Living Technologies Wels a projection dome in a challenging custom design. This projection dome, one of the largest ever-created installations of this type, is designed as a two-part accessible 3D cinema projection of 7 meters (23 feet) in diameter and about 6 meters (almost 20 feet) high.

The projector projects onto all interior walls the realistic 3D films, which the visitor can watch by passing through the projection dome. However, the viewer not only has a visual 360-degree experience, but in a very extraordinary way, stands centrally in the middle of the action, i.e. beneath and above him are installed projection screens. 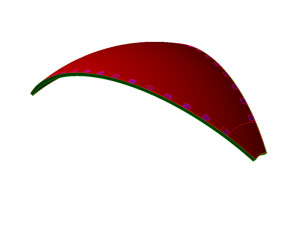 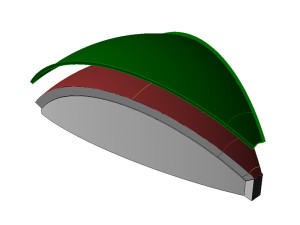 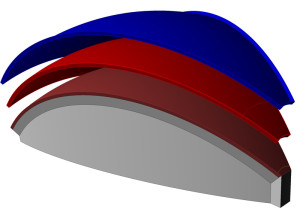 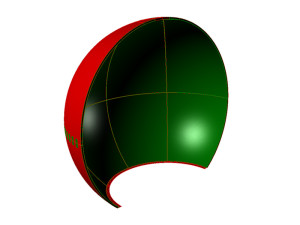 The huge sphere, which was assembled from two vertically positioned half shells, is a particularly static challenge. Since the half shells were only 6 cm (2.3 inches) thick, the stability was ensured by a sandwich structure, in which all necessary wires can be hidden inside the structure. Each hemisphere is composed of eight different segments: The bolting of each segment is possible due to more than 500 integrated recesses in the sandwich structure, which will be sealed after assembly. Thus, a smooth and visually attractive constructed outer surface is ensured.

In the fall of 2012, the sensational projection dome was completed and opened to the public. 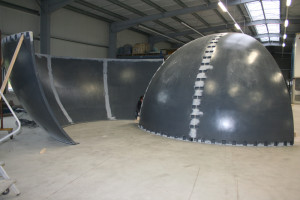 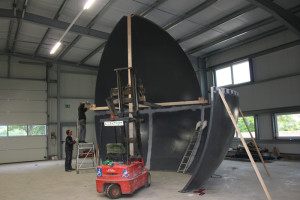 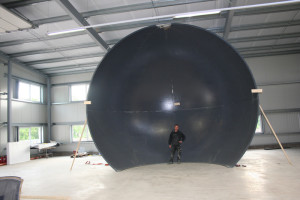