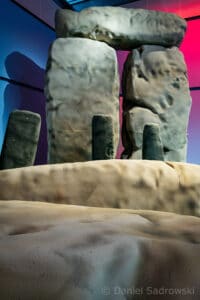 The Stonehenge stone circle is the most famous Stone Age monument in Europe and is a UNESCO World Heritage Site. For a special exhibition of the LWL Museum of Archaeology in Herne, a full-scale Stonehenge replica as naturalistic as possible was to be produced as a monument that can be walked on and touched. We participated in the tender for this gigantic project and finally received the order. A total of 21 Stonehenge replicas on a scale of 1:1 were ordered, ranging in height from 4 to 7 m and up to 5 m wide.

This literally gigantic order also presented us with some technical, time and logistical challenges. The 3D data of the giant stones provided by the customer first had to be divided into feasible sections. The individual elements were CNC milled from Styrofoam. Then, the large elements were merged together to form the stone replicas on a 1:1 scale.

The next step was to achieve the most realistic-looking surface possible for the stone giants. First, the “soft” Styrofoam was coated with a layer of polyurea hotcoat. This plastic coating significantly increased the compressive strength of the surface. The basis for the further coloration was then formed by freshly processed sarsen or bluestone optics. On the basis of photographic material and small original samples from Stonehenge, various types of sand were matched to each other and a suitable mixing ratio was determined. Because the replica stones should also
haptically resemble sandstone, the special sand mixture was sprayed onto the stone surface in combination with a dispersion adhesive. The details of the stone surface, as well as the color nuances, were finally worked out by airbrush painting.

Due to the large dimensions, the stones had to be precisely divided again for transport and assembly. The last hurdle was the assembly of the stones on site at the LWL Museum of Archaeology Herne. This was done by our team over two days. The huge stone models had to be assembled like a puzzle with the help of several scissor lifts and fixed to a substructure. The seams at the connection points were reworked by us after the assembly.

The impressive special exhibition about Stonehenge in the LWL Museum of Archaeology in Herne was opened on 23.09.21 and can be seen until 25.09.22. 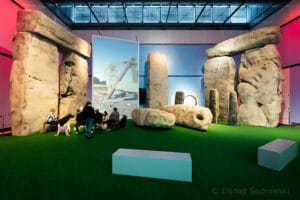 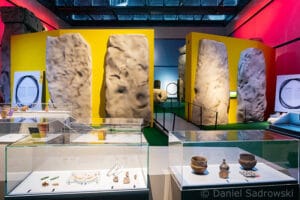 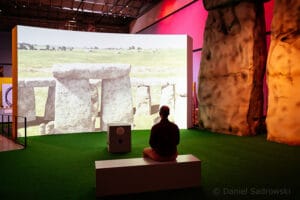 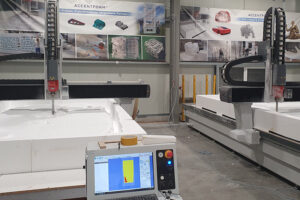 Milling the parts from styrofoam 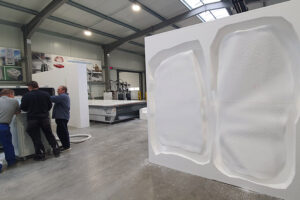 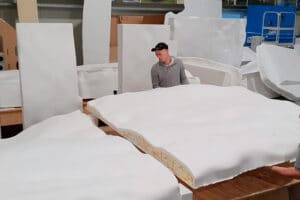 Composition of the polystyrene elements 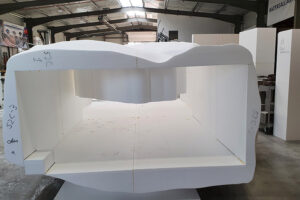 The Giant Stones from the Inside 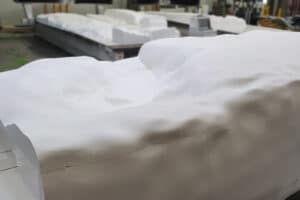 Stonehenge replica made of styrofoam 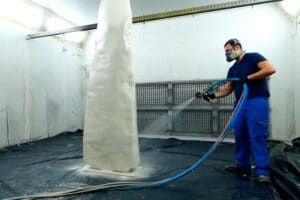 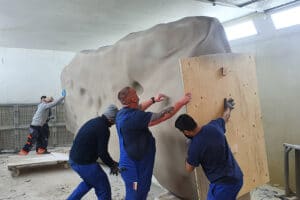 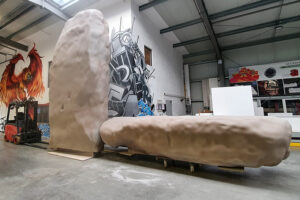 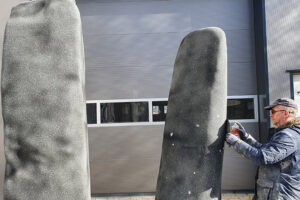 Elaboration of the details 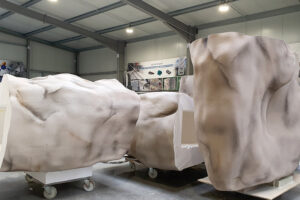 Dividing the stones before transport 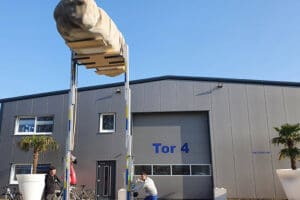 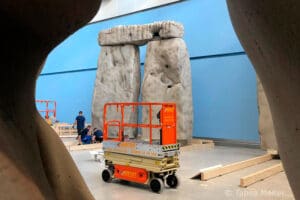 Building the stones on site