The hand laminate is a component made by hand from fiber-reinforced plastic using the simplest tools. The size of the components ranges from small containers or molded parts to gliders or sports boats. In the associated hand laminate process, a negative mold, or more rarely a positive mold, of the component to be produced is usually used, and the desired fiber fabric (for example, glass fiber mats) and the matrix (for example, epoxy resin) are placed in it or on it.

The negative mold is coated with a release wax so that the finished component can be easily removed from the mold after curing. The outermost layer is the gelcoat, which forms the outer visible layer and provides a watertight seal for the laminate. The gelcoat is applied directly to the release wax and is often colored with a pigment. The glass fiber mats are impregnated with the resin and placed in the mold by hand in layers (laminate). After each layer, additional resin is applied as needed until the fibers are impregnated with the resin (the matrix) without air pockets. No air pockets should be present, as they can reduce strength overall and in certain directions (isotropy). Air pockets are pressed out of the laminate with a hard roller or, in the vacuum process, sucked out by negative pressure between the mold and a covering film. The component must then be cured. This is done either cold in the air or warm to hot in a curing oven, also called a tempering chamber. Hot curing results in higher strengths and the curing process is somewhat faster.

The positive mold is a base body made of rigid foam, for example, or a supporting skeleton encased in chicken wire, for example. It usually remains inside the component after completion. Depending on the material of the mold and the resin, a release layer is required so that the mold is not chemically attacked by the resin. In the positive mold, the gelcoat is applied last as an outer layer, often as a paint rolled, brushed or sprayed. 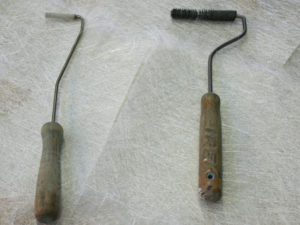 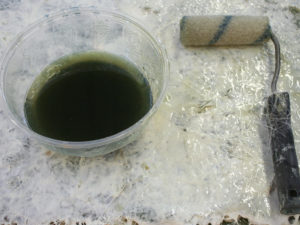 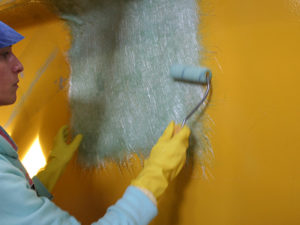 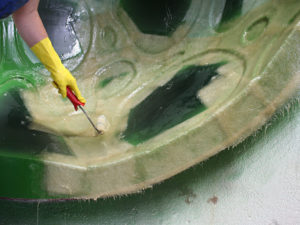 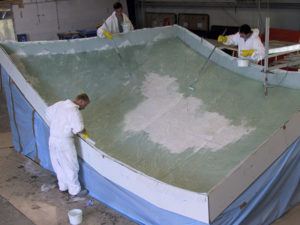 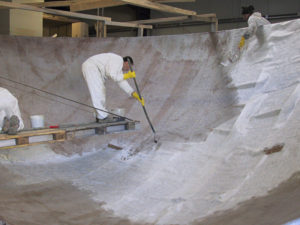 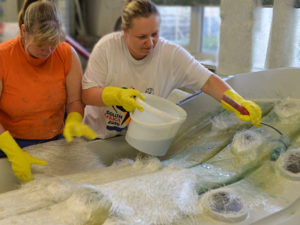 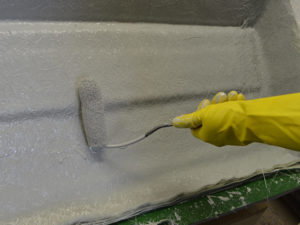 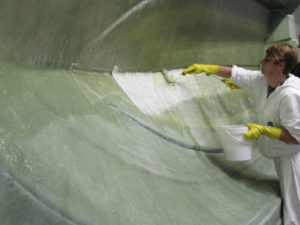 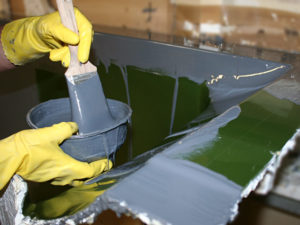