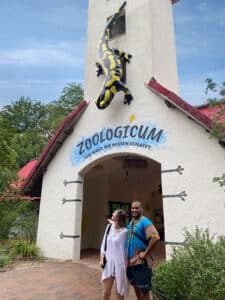 The well-known Hannover Adventure Zoo is currently being expanded by the construction of a new Zoologicum themed area. This theme world will present giant tortoises, amphibians, sloths, macaws, coatis & co. in a stimulating appearance. In keeping with this themed landscape, we were commissioned with an oversized salamander figure that crawls along the tower at the entrance to the Zoologicum to welcome visitors.
The five-meter-long amphibian replica was first milled in several segments using our 3-axis milling machine. The assembled figure was then coated with polyurea hotcoat. The orange-skinlike spray structure not only gives the fire salamander an authentic surface, but also makes it hard and weatherproof. Four stainless steel plates were provided on the feet for later attachment to the tower’s facade and integrated into the feet. After being primed in black, the giant salamander was realistically painted by hand and sealed with a glossy coat of varnish in a lifelike manner.

“I would like to take this opportunity to thank you and your team. The implementation of our idea, a larger-than-life salamander, you have succeeded very well. Here in the house, everyone is thrilled with the result. On Friday, the figure will hang in its final place and inspire people for animals. A special thanks to Mrs. Wagner, for the friendly support.” (Detlef Meiners) 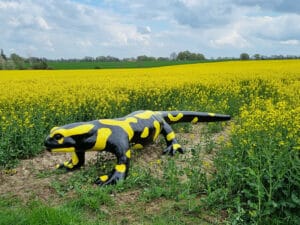 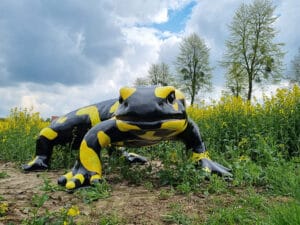 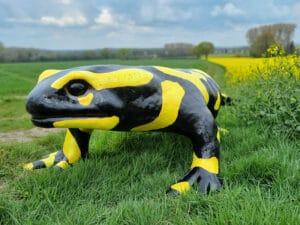 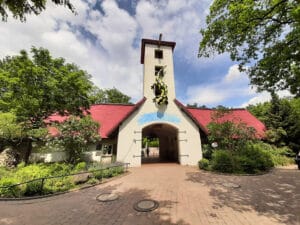 Entrance from Zoologicum in Hannover ZOO 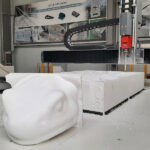 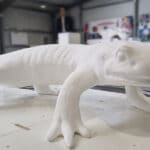 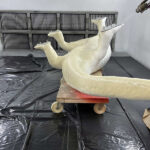 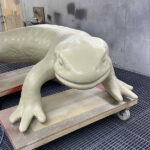 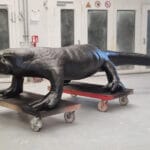 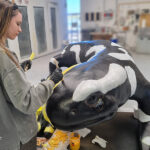 Painting of the giant salamander 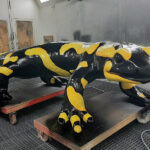 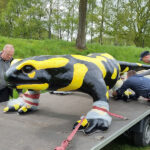