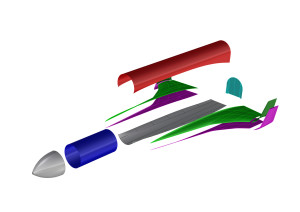 ACCENTFORM produced an illustrative model for a spaceliner (passenger transporter) with an additional booster stage (rockets ). A wide variety of manufacturing processes were used to produce the model. For the filigree components, such as the curved wings, negative production molds were CNC milled from PU modeling boards. Geometrically simpler components, such as the fuselage, could be produced immediately as a positive model from glass-fiber-reinforced plastic. The surface finish and all installations were carried out by our client Creative Services KG.

FUNCTION OF THE OBJECT. 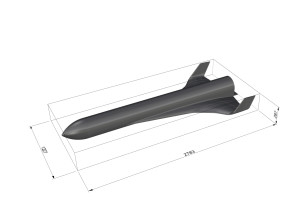 The vision is tempting – board the plane in Europe, lean back and disembark after just 90 minutes on the other side of the world in Australia. But before the SpaceLiner, which is being developed by the Institute of Space Systems at the German Aerospace Center (DLR), can fly this route for the first time, new technologies still have to be tested and the framework conditions defined.

The concept is already in place: DLR’s SpaceLiner is to stand upright like a space shuttle
before takeoff and launch on its journey with rocket engines. After the first thrust,
the reusable booster stage will separate from the orbiter, whose passenger capsule
can accommodate 50 passengers. After eight minutes, the glide flight would then
begin at 20 times the speed of sound. After about 80 minutes, the landing would take place on a normal runway, just like with a normal aircraft. This is a project for which there are no existing models. We have to define the dimensions ourselves and approach the SpaceLiner with computer models,” says DLR project coordinator Martin Sippel. “The SpaceLiner is a challenge in terms of technology and operation.” 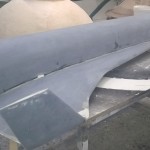 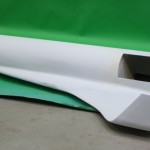 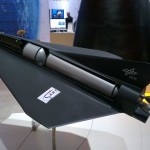 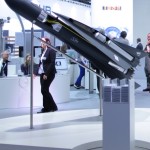 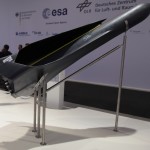