Gigantic Bear for the Cruise Liner „Quantum of the Seas”

When in autumn 2014 the biggest cruise liner that has ever been built in Germany departs on it’s grand tour it will take along a huge sculpture, produced by ACCENTFORM: Visible from far and wide a 10.5m high pink polarbear with a stylish facet appearance is enthroned on the starboardside of the white ocean liner „Quantum of the Seas“.
Already when the ship undocked from the hall of Meyer Shipyard the bear appeared as a real eye-catcher and became the publics favourite detail on the giant. 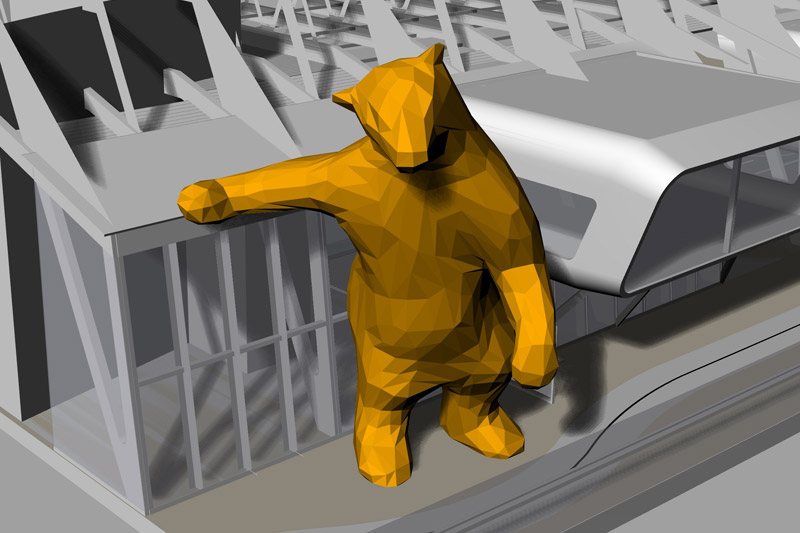 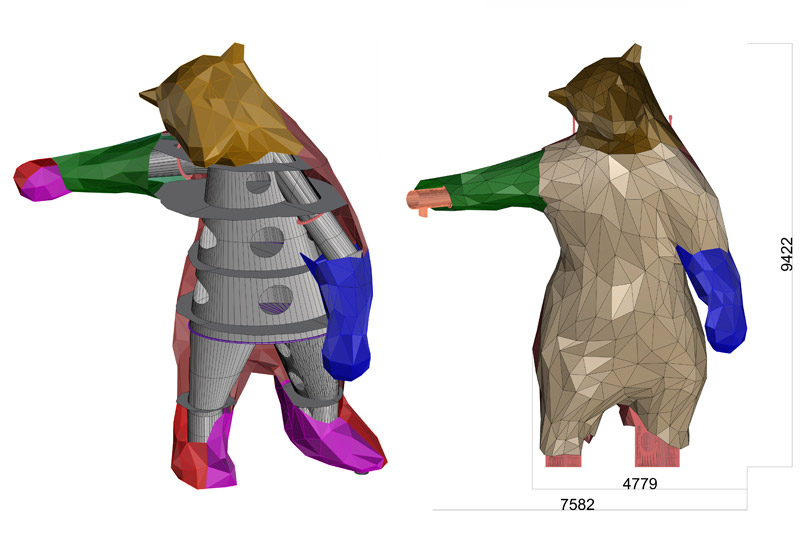 The fibreglass figure, handcrafted in a complex laminate method, was designed by the artist Lawrence Argent and gives a first impression of the precious 2,980 pieces art collection on board the newly constructed ship. This artwork is themed “What makes life worth living”.

The bear, with the title „From Afar“, has a facetted surfaced containing 1,340 triangled subareas and is supposed to encourage people not just to regard him but to touch him as well.

“The special thing about cruises is, that they haul people out of the normality of their everyday life to provide them new experience. This bear is supposed to attract all those who think they don’t know what art means and give them an accessible overall picture.”, the artist says

ACCENTFORM had to keep client, purpose and destination point of the figure a secret until the headline-grabbing undocking of the Ship, because the costumer Royal Caribbean International didn’t want to reveal the artwork aboard before the ship left the roofed construction dock. That way RCI pulled off a surprise coup with the publicly promoted undocking, because on each visualizations and press material the bear wasn’t to be found.
Even though the 10.5 m high bear integrates harmonically into the image of the resounding luxury liner, yet on land the figure appears much more enormous. So in June 2014, the residents of Nienstädt were astonished when the giant pink fibreglass bear hovered in slow-motion through the industrial area of their little town. After being loaded by crane onto a heavy goods vehicle the figure was transported along the especially barred national highway to the harbor of Rusbend, wherefrom the bear was shipped on a barge to Meyer Dockyards, to be installed on the newly built cruise liner.

Several month ACCENTFORM was working on the completion of the pink giant. The figure became 10.5 m high, about 6 m wide and consists of weather-resistant glass fibre reinforced laminate multilayer which was produced from a especially manufactured rigid foam mould.

The characteristic colour for the noble seasalt-and weather-proof finish was generated with the collaboration of Rupf & Co. AG, based on a semiglossy PU lacquer that was after all airbrushed onto the bear. 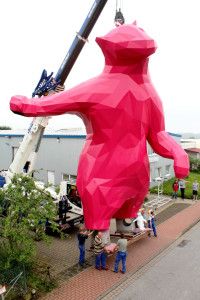 As a light and resilient high-performance material the used GRP is superior to any other materials: Light weight and high flexibility keep the bear safely in shape and position against all kinds of temperature changes, high wind force and motion of the sea. It is also andvantagous in logistic: In spite of the enormous dimension and the associated road barriers, the transport to the yard could be handled with conventional truck-mounted cranes and a low-loading truck.

Among the latest environmental technologies and improved power efficiency the “Quantum of the Seas” will mainly score with exciting entertainment novelties:

This innovative engineering marvel will leave New York heading with 22 knots via Bermuda to the Carribean Islands – aboard 4,100 passengers and a huge pink bear, which was built by ACCENTFORM. 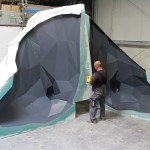 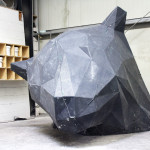 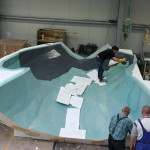 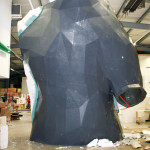 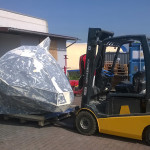 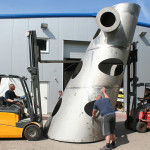 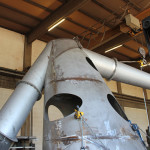 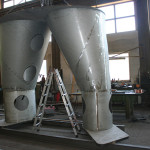 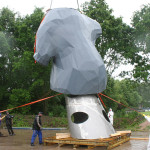 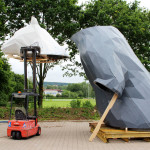 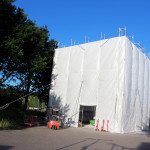 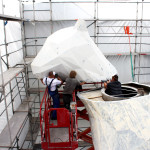 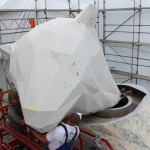 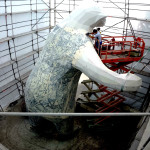 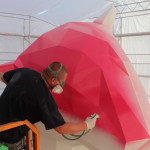 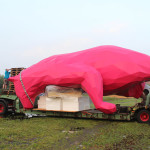 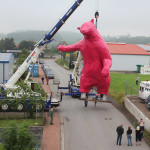 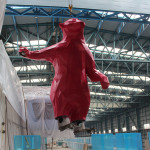 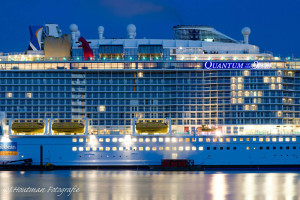 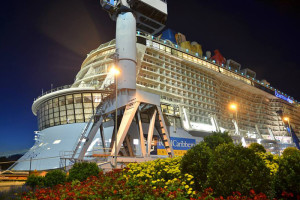 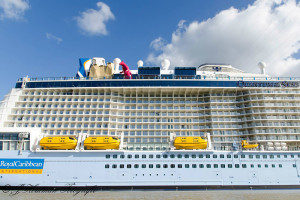 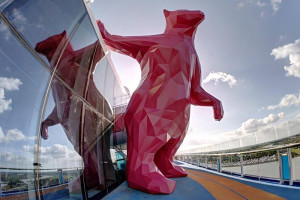